Network Analysis is used to investigate and visualize the inter-relationship between entities (individuals, things).

In this chapter, you’ll learn: 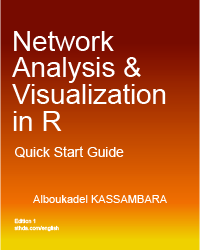 Another example: When people send e-mail to each other, the distinction between the sender (source) and the recipient (target) is clearly meaningful, therefore the network is directed.

We’ll use a fake demo data set containing the number of phone calls between the president of some EU countries.

Nodes are countries in the source and destination columns. The values, in the column n.call, will be used as edges weight.

To visualize the network graph, we need to create two data frames from the demo data sets:

In the following sections, we start by creating nodes and edges lists. Next, we’ll use the different packages to create network graphs.

Then, compute the following key steps to create nodes list:

There are many tools and software to analyse and visualize network graphs. However, for a reproducible and automatized research you need a programming environment such as in R software.

In this section, we review major R packages for reproducible network analysis and visualization.

If you are new to network analysis in R, we highly recommend to learn the tidygraph and the ggraph package for the analysis and the visualization, respectively.

Note that, each time that you create a network graph, you need to set the random generator to always have the same layout. For example, you can type type this: set.seed(123) 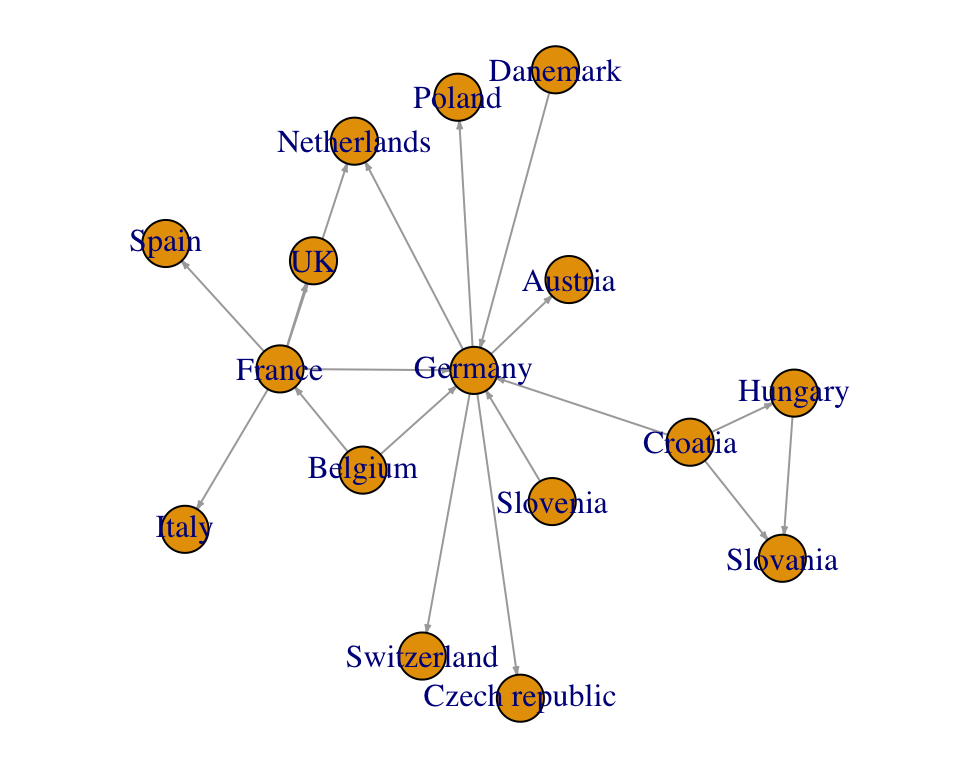 See the documentation by typing ?plot.igraph, for more options to customize the plot.

tidygraph and ggraph are modern R packages for network data manipulation (tidygraph) and visualization (ggraph). They leverage the power of igraph. 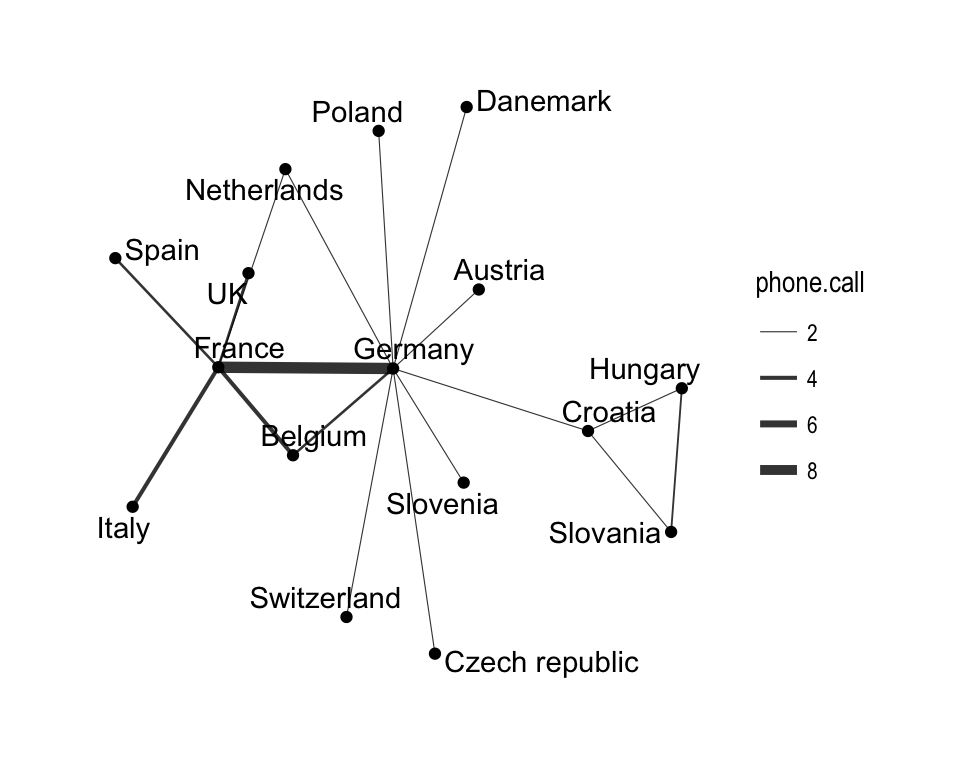 Layout defines the placement of nodes and edges in a given graph structure. There are different types of possible layouts (https://www.data-imaginist.com/2017/ggraph-introduction-layouts/). You should use the layout that suit the best your graph data structure.

In this section, we’ll describe some of the layouts, including:

In the following example, we’ll: 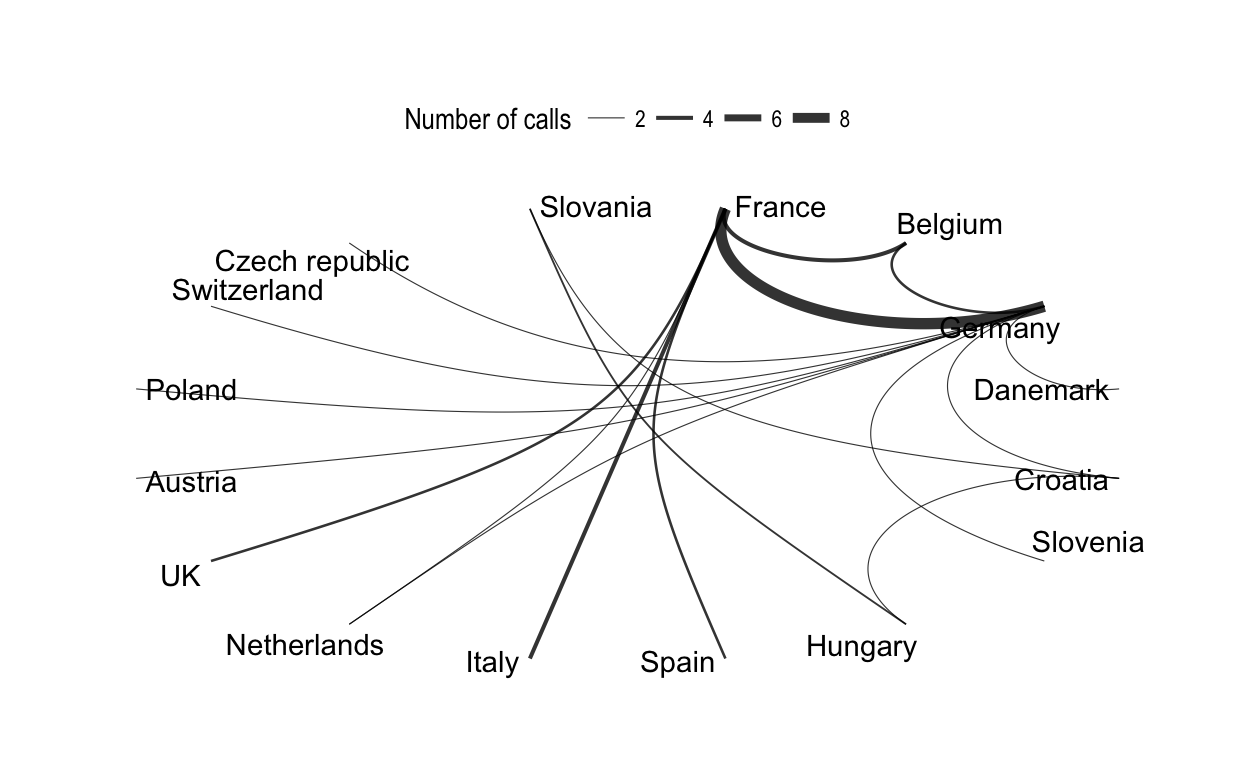 A treemap is a visual method for displaying hierarchical data that uses nested rectangles to represent the branches of a tree diagram. Each rectangles has an area proportional to the amount of data it represents.

To illustrate this layout, we’ll use the france.trade demo data set [ in navdata package]. It contains the trading percentage between France and different countries.

Nodes are the distinct countries in the source and the destination columns. 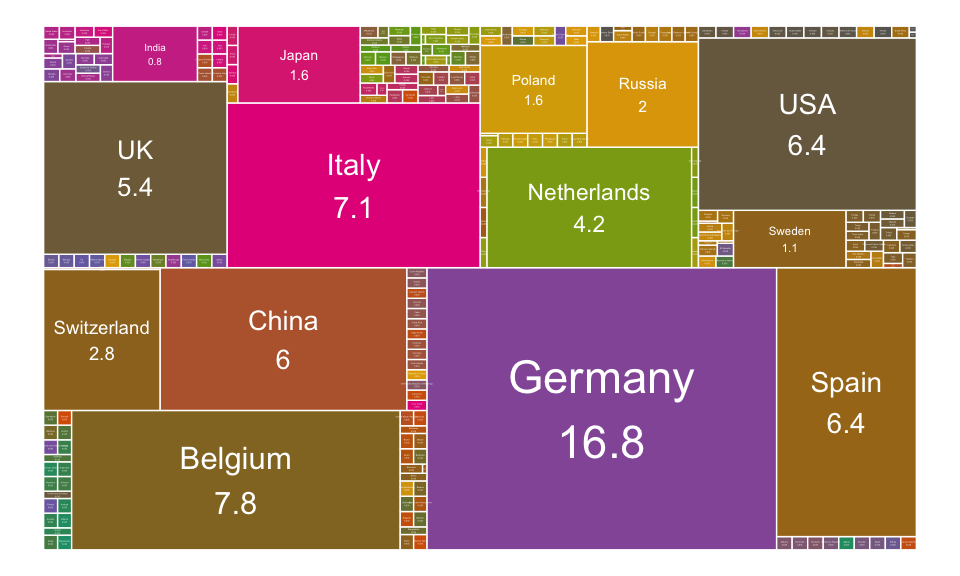 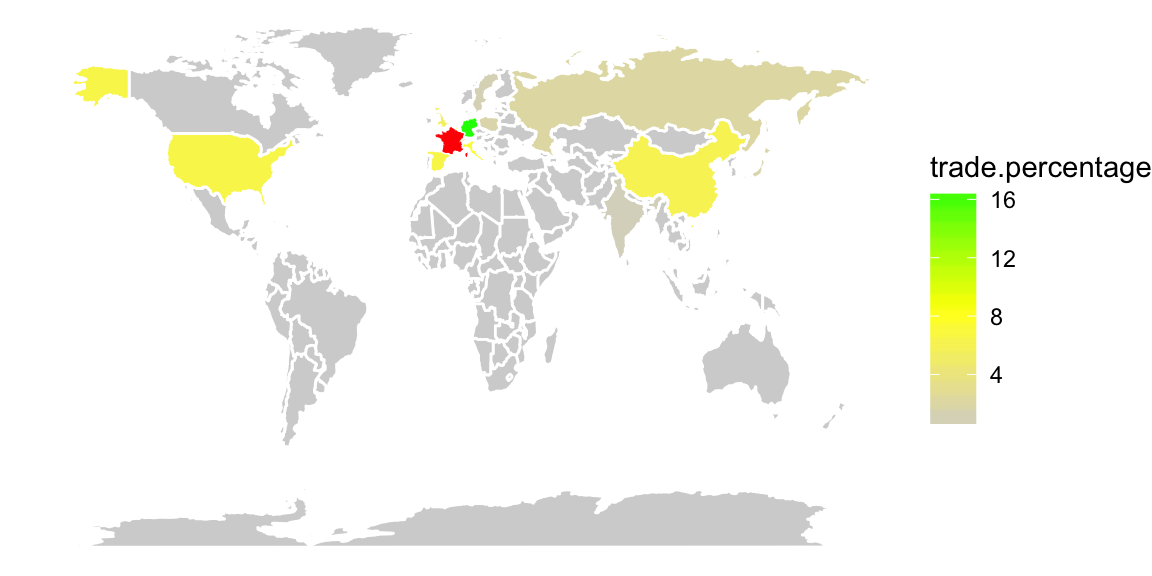 Dendrogram layout are suited for hierarchical graph visualization, that is graph structures including trees and hierarchies.

In this section, we’ll compute hierarchical clustering using the USArrests data set. The output is visualized as a dendrogram tree.

Pedersen, Thomas Lin. 2017a. Ggraph: An Implementation of Grammar of Graphics for Graphs and Networks. https://CRAN.R-project.org/package=ggraph.